We specialize in protection

This is how Ms. Leslee Udwin describes her interview with 34 year old Gaurav, who is serving his ten year term in Tihar Jail for raping a 5 year old girl.

“He told me in minute detail what he had done. How he had taken off her knickers. How her eyes were wide with fear. How he had done it front and back. I asked him how tall she was. He stood up and put his hand above his knee. I asked him, ‘How could you do something so terrible that would ruin a child’s life?’ He said, ‘She was a beggar girl, her life was of no value.’ “

Shortly after, our hero - the champion of the ordinary man, Mukesh Singh did a lot of talking…

“You can’t clap with one hand – it takes two. A decent girl won’t roam around at night. A girl is more responsible for rape than a boy… only about 20% girls are ‘good’” -

The Lord protector who rapes the irresponsible and protects the 20% of the alpha women.

“She should have been silent and allowed the rape. Then they would have dropped her off after ‘doing her’ and only hit the boy”

Remarked the mascot for the great indian civilization. 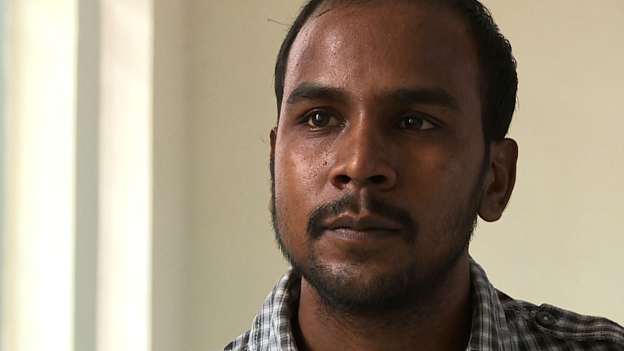 “The 15 or 20 minutes of the incident, I was driving the bus. The girl was screaming, ‘Help me, help me.’ The juvenile accused put his hand in her and pulled out something. It was her intestines … We dragged her to the front of the bus and threw her out.”

Raping is humane, so is pulling out the intestines from someone when he/she is still alive.
But the great Indian circus doesn’t end there. What you have seen till now is just the dome you see from a distance.

“We have the best culture. In our culture, there is no place for a woman”

The words of ML Sharma, the Dark Knight defending our hero Mukesh in the Supreme court of India.

“If my sister or daughter is engaged in pre-marital activities … in front of my entire family, I would put petrol on her and set her alight”

Added the robin, Mr. AP Singh, another defence lawyer.
Just open your eyes and look out for the explicit ‘Indianess’ you see in these quotes.
You can’t clap with one hand, ehh?
My sister and daughter… eh ehh?
Our culture, and no women… yeah, right.
The new chastity belt that I purchased for my sista/daughter… Its getting better…!

PS: For those who are still lingering on the phantasmagoria that is India, I was just trying to say that you should stop protecting ‘your’ women and let them live as just women. They are at least more than half human, and certainly 66.67% more than man.

Respect them yes, protect them not!