The Disenfranchisement of Indian Farmer.

Farmers constitute ~55% of Indian population. 75% Indians are directly or indirectly dependent on agricultural income. Put together, they constitute the largest population block in terms of socio-economic status. Common sense dictates that their electoral clout should be able to sway policies in their favour. This should almost be a corollary to our popular democracy. But this is not the case and our farmers are reduced to peripheral nobodies whose existence come to fore only when they march to our capitals in large numbers.

A casual look at Indian electoral politics reveal the insidious influence that caste exerts on its calculations. Caste is the primary social network of a person. By circumscribing her geographical as well as intellectual neighbourhood, caste manages to sustain itself over generations. Enculturation that proceeds through negative as well as positive prejudices acts as the principal medium. But it would be reductionist to place the blame squarely on the shoulders of this shapeless monster that we call caste.

It would be interesting to note that this monster isn’t just shapeless, but is defined by its ability to shapeshift. As evident from the work of anthropologists and sociologists like M.N Srinivas, caste indeed offers pathways for social mobility. But make no mistake, this social mobility is merely a contorted side effect of resource capture. This can never be compared with the idea of mobility in a social democracy.

The process, nicknamed Sanskritisation, is in fact just a subterfuge exploiting the symbolic nature of caste system. Once a community has somehow amassed material wealth, it proceeds to adorn itself with the “high caste” symbols which is meant to enhance its social credentials. Read along with the way “high culture” permeates into pop culture through the likes of Tarde’s laws of imitation, this shift should make sense.

One of the core features of Indian renaissance of the nineteenth century was the rejection of parochial and primordial identities. It assumed a metropolitan identity and looked upon caste and religious chauvinism with contempt. While this led to the creation of a cosmopolitan elite, it overlooked the caste symbolisms that permeated into it.

The physical, biological and cultural symbols that define one’s caste status easily adapted to this shifting social scape. The privilege of fairer skin, proficiency in certain knowledge systems - predominantly upper caste scriptures and histories - and anglicised demeanor etcetera contributed to this. The fact that certain sections of our population had an unfair advantage in accruing these “qualities” was conveniently ignored. This led to an ill represented elite in post independent India.

But why should you be reading about caste and religion when talking about farmers?

This is because in India, one’s identity is closely associated with the amorphous social formations that she becomes part of. This drives the stereotypes and hence social attitudes that form against her. Indian farmer is no special case and to the contrary a very typical example of how her identity could be demolished in favour of these multiplicity of parochial identities.

Statistically, a rural farmer/labourer is more likely to be a woman. But the word “farmer” arise no such connotation in our collective psyche. This has many direct effects, including the sidelining of many urgent issues like deprivation of land titles, harassment/discrimination at assessing public services, deprivation of household development etcetera. As studies repeatedly point to the efficacy of letting women take charge of household expenditure and care, feminization of agriculture points to many larger challenges. 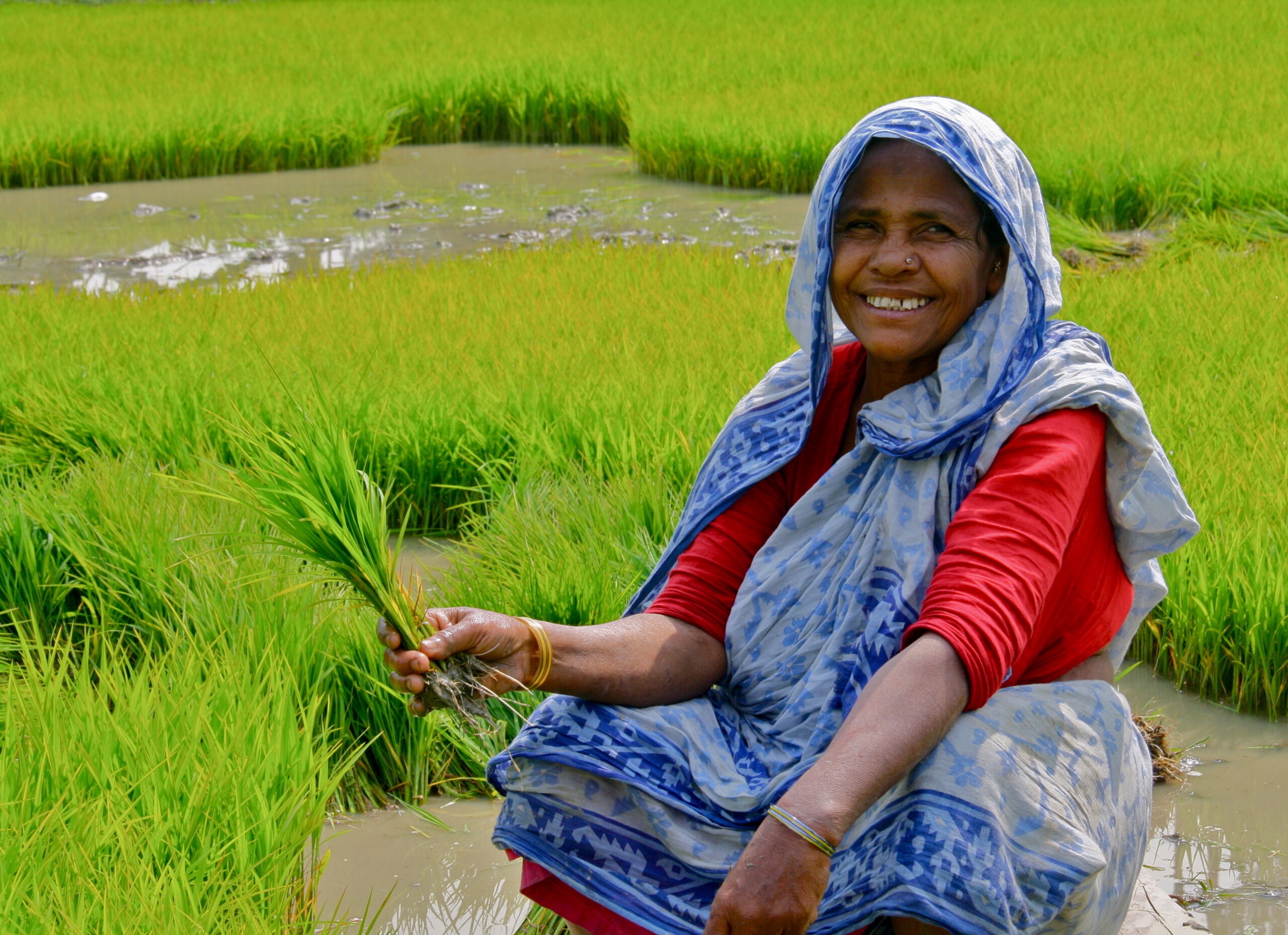 This “image” problem lies at the core of farmer distress in India. Our farmer in distress is more likely to come from a marginalised caste/tribe/minority than from a socially dominant section. As the better off farmers put their identity closer to caste/religion, the collective clout of farmers are brought down.

This has a sound material basis as well. Farming contributes only 17% to our G.D.P, despite the dependence of our bulk population on it. A logical solution to this problem is to take as many people out of farming as possible. A ready solution is to expand agro and allied industries with focus on labour intensive ventures like food processing industries. The government’s skilling initiatives and push to MSME (Medium and small scale enterprises) though financial support is a response to this conundrum.

But if you apply the caste angle, you will see that relatively better off castes are in a better position to access these resources. In majority of cases, government benefits are made known through informal networks. The utter inefficiency in communicating benefits to the target audience is appalling. The immense power asymmetry that exists in our government offices, especially in rural areas, make sure that the beneficiaries don’t come to these offices proactively. Officials may act under the pressure of deadlines, but when it comes to projects that seek community upliftment, lack of stakeholders severely impact efficacy. This should be read along with the severe underrepresentation of Muslims and many SC/ST/minorities in the administrative apparatus.

This has also precipitated in the way farmer producer organisations and other complimentary programs to agriculture operate. These benefits are largely accrued by certain castes. There is very little SC/ST/Minority communities who have benefited from them. This is no accident.

Contrived identities is the major reason why farmers fail to consolidate electorally to forward their agenda. The recent rise of Hindu right and a “Hindu identity” has aggravated the issue. That communal polarisation through (possibly engineered) riots makes its way to electoral arena, such common concerns are pushed to the background. As our villages are being turned to laboratories of communal experiments, the intricate social contract that exists between different communities are broken and renegotiated - often under unequal terms.

This is evident in the recent spurt of cow vigilantism. The symbiotic existence between animal rearing farmers and slaughtering business is well known. As slaughtering industry provides a way out for getting rid of ageing animals, it was a win-win situation. Religious compulsions rarely came in the way of material advantages. But now, these equations are being rewritten to satisfy religious dictums. No doubt, these dictums are custom tailored to suit the political ends. Religion was always abused by the powerful to subjugate the meek - but in contemporary India it is assuming monstrous proportions. 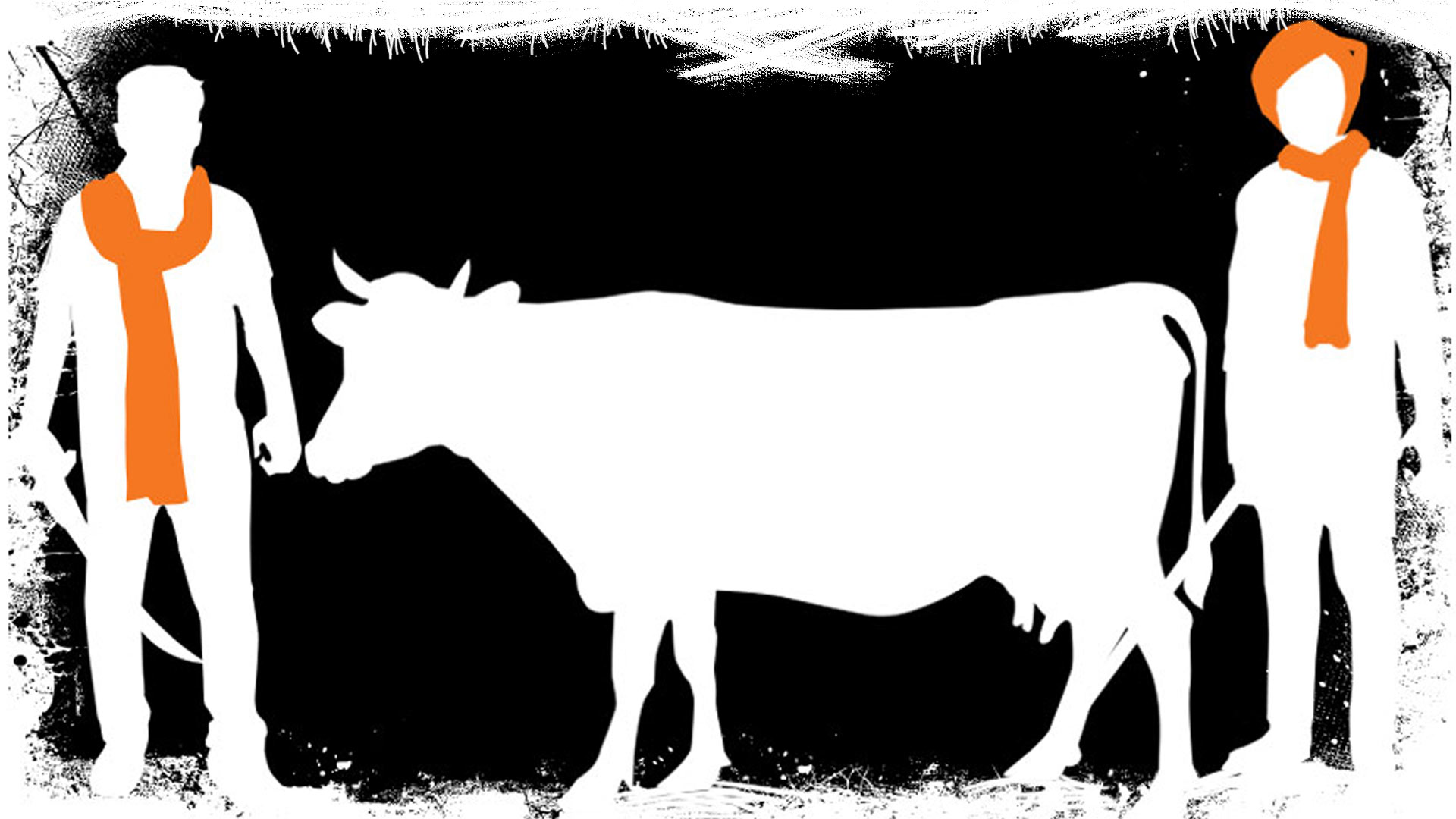 For example, as the farmer and meat trader are branded into Hindu and Muslim professions, it could be coupled with the larger market of negative and positive stereotypes. True, some prejudices existed before as well. But under a centralised structure that churns out hatred in industrial quantities, such stereotypes lead to real loss of life. The recent deaths due to communal unrest stand testimony to this.

As these faultlines gets deeper and deeper in the society, commonsensical economic identities like the farmer fades into the background. There could be no Hindu or Muslim farmer. The land knows not the religion of he who tills it. The animals or farm machinery knows not the intricate religious rituals that differentiate humans from each other. But we do know for certain that the debt trap and pesticide infused drink kills them indiscriminately - and that too in large numbers.

The farmers should understand that it is no accident that market driven Hindutva would happily proceed to disenfranchise them. The Muslim minority should understand that to survive these tough times, it should get rid of its entrenched leadership that has its eyes trained to the glory that ceased to exist many centuries ago. That their compatriots - Hindutva activists - have their eyes trained to many millennia ago is of no comfort to them. The market is betting hard on Hindutva with its immense human as well as material capital. This is an uncanny advantage that will be hard to overcome.

This is not to ignore the plight of the downtrodden amongst many ‘influential’ communities. There exist large disparity within communities like Sikhs or Reddis or Jats or Gujjars and the like. That the lower strata of these communities are held captive to the political and economic agenda of their local elites should be noted. Outlandish claims like clamour for reservation arise out of their deteriorating material conditions.

It is imperative that we construct our “farmer” identity on a war footing. It is a disgrace that the farmer gets only INR 10 out of the INR 80 that you pay for a kilogram of oranges. The market will happily exploit the farmer, lest the farmer organises herself and beat the market. Symbols like Babri Masjid and Manu Smriti may be evoked to divide the farmer, but she shall never be fooled again. If she doesn’t choose wisely, history will never forgive her. Time is running out fast and a decision must be taken soon. May, 2019 isn’t that far away.