Reservations for the most stupid.

Of course, I am not arguing for reserving seats for the most stupid people! This is a very short guide to explaning affirmative action to the most stupid (and unfortunate) beings amongst us. Make use!

Reservations aren’t about money and development. Neither it is about just righting the ‘historical wrongs’. It is more about strengthening democracy by making sure that power is equitably shared among different communities.

Look at the total power in the country:

And the population distribution:

If there is no such distribution, our democracy will slowly degenerate. Reason? Democracy is all about representation and if certain communities aren’t represented in power, their legitimate needs are not heard and hence acted upon by the rest of us.

So if a community isn’t proportionally represented in power, there is some handicap which it suffers. We may not know what these handicaps are, but their underrepresentation proves the existence of these handicaps.

The cardinal rule of power being:

Let’s take a look at the way different communities are represented in the high bureacracy. 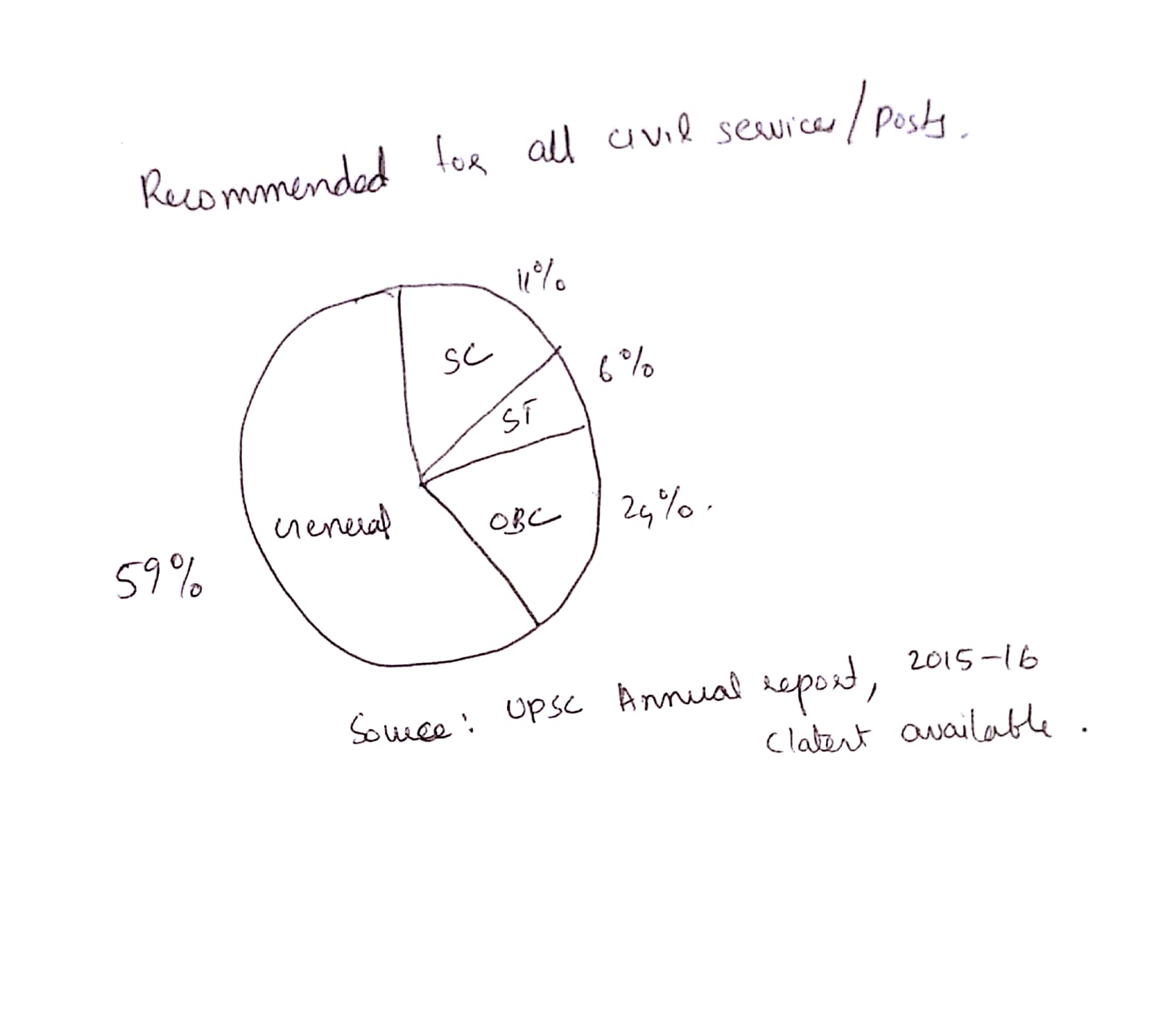 This is despite reserving 50% seats of SC/ST and OBC! A look at population to power ratio looks like this: 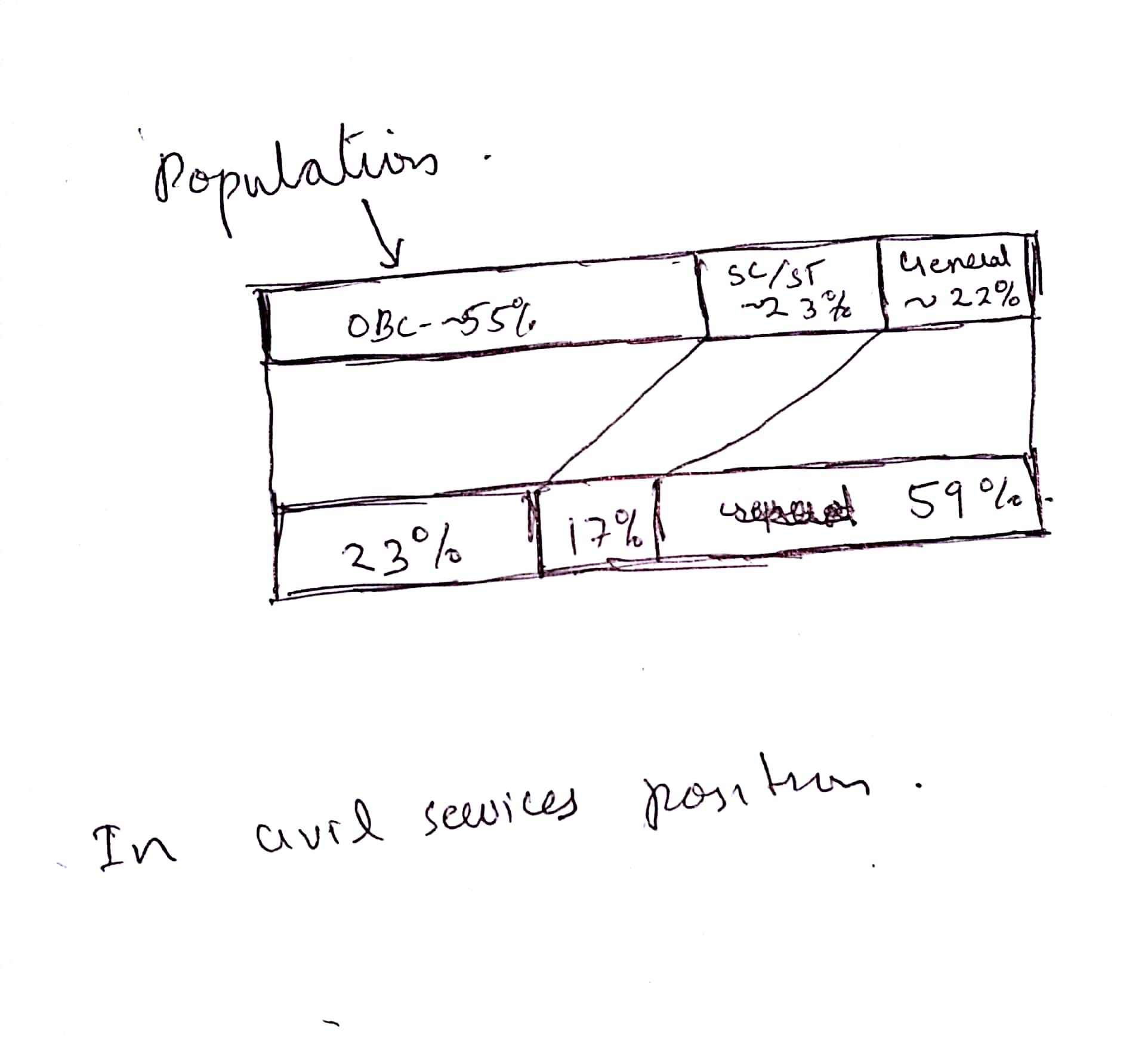 Before you close, do educate yourselves that merit is subjective. Even if you don’t have the patience for such longform articles, just enquire about the coaching fees, living expenses and opportunity costs required to spend prime years of your life in pursuit of clearing the civil services examinations. The same applies for fighting elections that require capital - social as well as economic. Will write about it another day!

Sure, this is one of the shortest blog posts I have ever written. Factoring in well the attention deficit of this generation.

I have already given a small talk on affirmative action. So if you like to know more, go read it!