When I hear the word “Bharat Mata”, only one face comes to my mind. It is the face of Bilkis Bano, who was brutally attacked, tormented and left to die by a mob fuelled with hatred. 14 members of her family, including her two year old child was killed in front of her. She was the worst victim of a communal riot - a woman, a mother, a piece of meat to those bigots.

Law of the land mandates that the identity of a rape victim be kept secret. This is perhaps the only rape case known after the name of the victim. This woman of steel, was seen addressing the media with her kid in lap and husband beside her. She spoke loud and clear, with conviction. She fearlessly fought every obstacle thrown at her. The nation, bows in respect to her spirit and sacrifice. She is indeed a role model for all those women who are handed out a raw deal by the failures of our system.

Her fight was epic, for her fight was against an entire system subverted. This subversion was in the hands of forces that wanted to ruin the sanctity of state as enshrined in the constitution. All they wanted to do was convert the state into a machine for sustaining hatred, protecting the offenders and fomenting instability.

To that effect, Bombay high court observes in 2017 - “All the acts of omission and commission of the police and medical officers cannot be examined in isolation but they are well connected with each other in a chain of suppression of facts causing disappearance of evidence with intent to screen the offenders and save them from punishment.”

If this isn’t systematic persecution, I don’t know what is. But she fought back. The nation, its people and the judiciary stood by her.

We don’t treat our women well. From partition to the many riots that followed, they bore the brunt. Most of our religions treat them badly. Bharat Mata personifies the fight against this system. What better face can she get than that of Bilkis? She is a woman who spent better part of her life, fighting against systematic persecution, fuelled with communal hatred. Bilkis is Bharat Mata!

We still live in a world where insensitive men make mean jokes about what happened in Gujarat of 2002. It wasn’t one single community, but the whole of nation, whose psyche was wounded. And the perpetrators were nothing less than criminals against humanity.

As the figure of Bharat Mata looms large over all these dichotomies that make our nation, we are finally getting to see her face.

Bilkis, you go girl! The nation is cheering for you. You have our hearts, and our deities have your face. We will overcome this together. 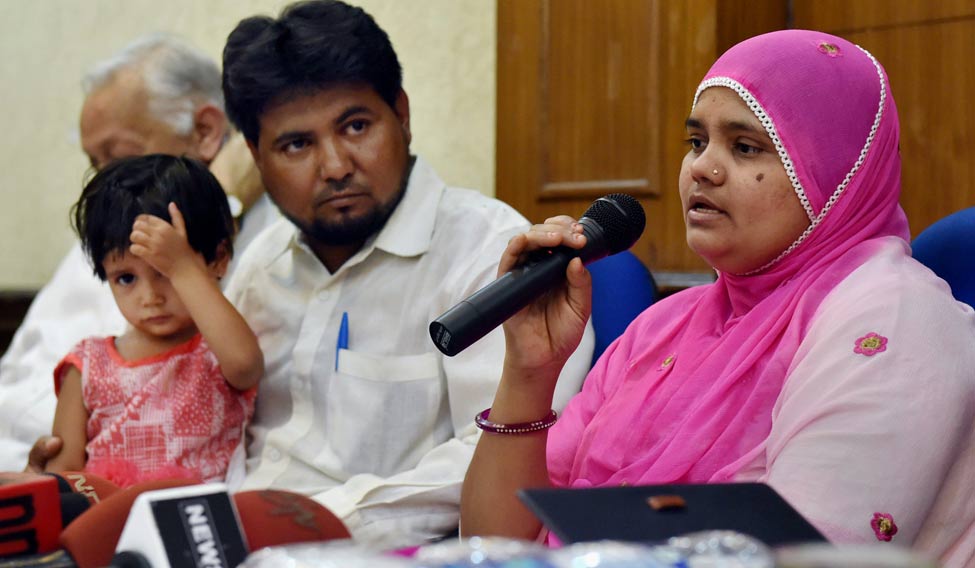 Footnote: While reviewing a movie (Kaala), I had written about the oft neglected role of a supportive family in the fight of subaltern against oppressive power structures. Bilkis’ family, especially her husband, who stood firm by her. This is a real life testimony to such family values. Even when the media and pop culture has endlessly regurgigated the image of a shunned victim, Bahujan across the country has always stood by and protected the weak and exploited amognst us. Our strong family values doesn’t necessarily conform to the ideals of a sanatanist/puritan Islamist value system (which unsurprisingly align with eachother!). Challenging oppressive social structures cannot happen without the active support of family. This is why Thanthai Periyar concentrated on the need for self respect marriages along with true family values. This explains the visceral hatred towards inter-caste marriages, which will lead to the diffussion of true family values into those who occupy higher echelons of caste pyramid.

Read about what transpired in that gruesome night and later, as recounted by Harsh Mander.