Gandhi and his faults - choosing the praxis X idol.

Critical reading of Gandhi is the order of the day. Despite his portrayal in textbooks and pop culture, the enterprise of ‘exposing’ Gandhi has grown leaps and bounds in the last a few decades. If you look inside, you’ll see all hues of politics inside this body of work. From Ambedkarites to Marxists to cultural nationalists to right wing terror groups and their counterparts - you see the burgeoning industry of ‘exposing’ Gandhi. And most often, their passionate hate towards Gandhi fuels their politics.

I don’t think they are searching for any answers. And this post is not to vindicate Gandhi for his faulty positions whatsoever. From my extensive reading of his OG archives, I know that his corpus is interlaced with pseudoscience, faux pride for culture, an admiration for Caste system etc - to name a few.

But still, why am I so enthusiastic about the man? What is it that I find so enticing about his life and work? For all the questions that have been raised about my articles on him, I believe that I owe an explanation. 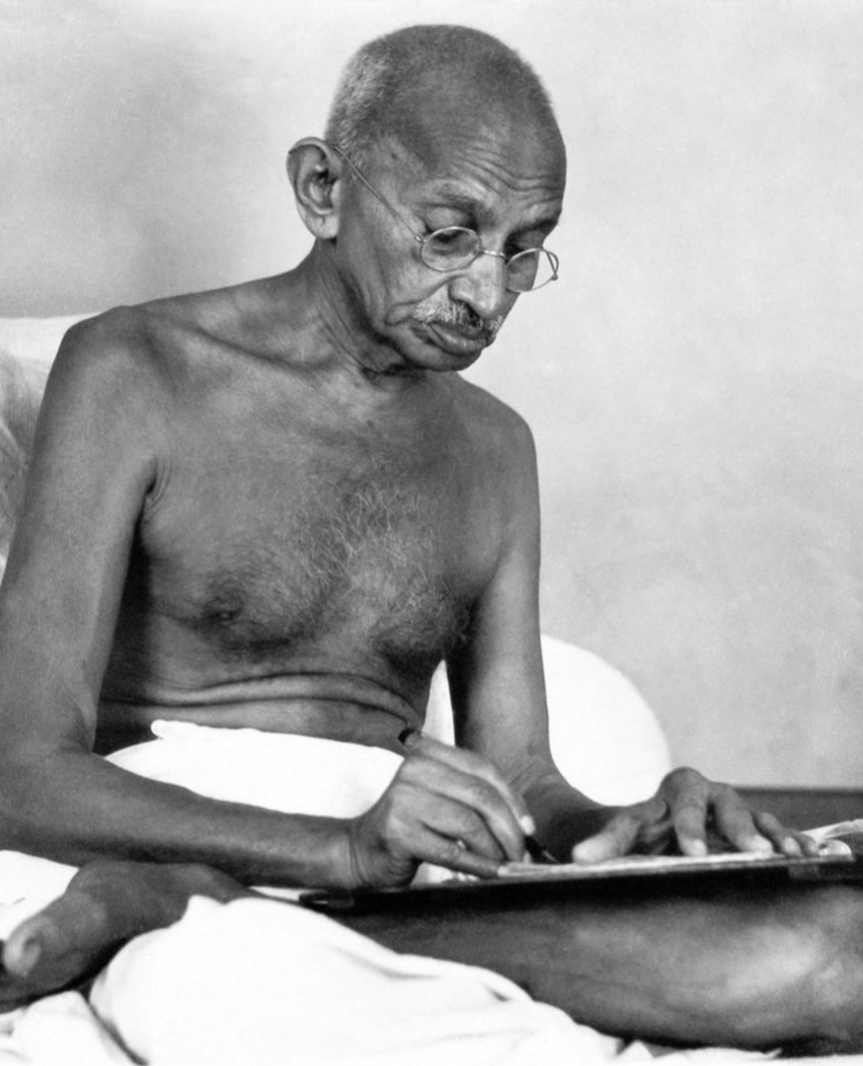 Gandhi - the man - was always a work in progress. His greatest contribution is the process of self discovery and the purification of the ‘soul’. Now, this is something that is susceptible to metaphysical trappings. For example, one may ask - of what is soul and is it a real entity? Or if the ‘purification’ as propounded by Gandhi had any connotations with the Caste paraphernalia?

And they are not wrong to raise these questions. In fact, Mahatma Gandhi himself was trapped in many of those - as can be seen from how he interpreted Caste as an eternal reality that holds a lot of promise. But the man’s conclusions - or the way he articulated them publicly - should not be used to represent him.

This is because Gandhian philosophy is not something that churns out answers to life’s complicated queries. Rather, it is a process that greatly simplifies the ‘discovery’ and ‘description’ of the world - both material and moral. You should visualise it as a simple machine that outputs answers (which are closer to the ‘truth’), according to what you feed it.

In Gandhi’s moral universe, Truth reigns supreme. In his political imagination, truth is the sovereign power and the ultimate arbiter. He interlinks Truth with non-violence because violence is possible only when there is paucity of truth (here, one could define truth as a refined form of wisdom - which in turn is processed information).

If you can see the other ‘human’ and have complete knowledge of his self - committing violence on her is extremely difficult. If you are punishing them for their identity - truth tells you that all identities are constructed. Or that identities don’t define a man. If you are punishing a man for his actions, knowledge of truth will also put you in their shoes. And help you see the world through their eyes. From there, you may have scant reasons to unleash violence upon that person.

So you see, Truth exposes the world to you. It is the connecting link between Philosophy, Law, Engineering and Administration. Can you pass unjust laws, without concealing truth at some point? If you are taking an administrative decision that oppresses a class of people - can you do it without turning a blind eye on the truth about their sufferings and the ultimate truth that all men are created (or born) equal? Can you do this without neglecting the truth about the humanity that weeps at the suffering of others? Or the shrine of compassion that we all carry within, that makes us sob when we see suffering?

Can you commit any act of violence without yielding to the seductive power of lies and deceit?

This was at the core of Gandhian philosophy. And as you can see, it is a long, arduous process. Being a Gandhian is building this machine of truth from first principles. It is to assemble this simple machine inside your mind and analyse the world with all the information, interactions and experiences you have. You refine your inputs through travel, reading, conversations and outright observation of the world, the self and the rest of humanity.

This is the Gandhian philosophy in praxis. The ends of these are deeply personal. What Abdul Ghaffãr Khãn deduced was not what Mandela deduced and their ‘conclusions’ varied greatly from Martin Luther King Junior.

But they all are Gandhians, who sought to dismantle the yoke of lies and deceit to uncover the truth. Truth also negates the use of religion in politics. For, the shroud of religious bigotry could easily cover the violent underbelly of an expanding state. When Alexander invaded Egypt, he got the Oracle of Siwa to pronounce him the son of God Amun and enabled his royal writ to run large with legitimacy. The dabbling of the spiritual world with material politics only corrupts them both. This was at the heart of his teachings.

A Hindu cannot hack a Muslim to pieces (and vice versa), if he could see the humanity and the pain of himself in the other. But they killed each other in the millions. Gandhi showed us that this tragedy and ghore could only be staged with an elaborate web of lies, propaganda and deceitful machinations of the clergy and social elites. His politics was a philosophical reproach to all these marauding political entrepreneurs.

This piece is not seeking to vindicate Gandhi of his faulty positions. But rather, my humble effort is to illuminate the conditions that led to those positions. But the man displayed remarkable commitment to change his course if and when the faults are pointed out to him. This great quality of self correction and refinement would have been impossible without the machine of truth that he built with his philosophy.

Yes, he has written Xenophobic comments when he was jailed with black men in South Africa. But one would see that the Gandhi of the 1940s would never do that. The long praxis of his philosophy has changed the man a lot, and it charged his life and learnings as a radical. What made Gandhi a radical was his infectious commitment to learn and correct his mistakes. And for someone who was essentially the connection between India’s national past (riddled with corruption and perversion) and its modernity, he ought to be a bridge that touched both the ends.

It’s easy to despise a bridge for its roots are deeply submerged and organically joined to both the shores. But without that act of being there at both ends, there cannot be a bridge. Without the bridge, all are lost. Still, the bridge is viewed as some sort of contradiction, a perversion. Gandhi is no different. Even when he blessed the constitutional scheme of things and went along with the dominance of a secular-atheist Nehru in deciding the national future, he stood strong for the rustic charm of a golden past and his village republics. Gandhi was the bridge here, and his heart was committed to the Truth and the resultant dousing of violence.

It is this power of truth that gave him the ability to see. And it was a contagious gift that spread from him to the people around them. Suddenly, the killer masses of Noakhali can see the seductive cocktail of communal venom and political oppression that they have been fed. And how they all are thrown at the meat grinder by the selected few, who cared less about them. And death devours them all equally, no matter who yielded the machete.

The cutting action of a machete is a circular one. It also represents the cyclical nature of violence (a Churuli, as we call it in Malayalam). This cycle can be broken only with a patch of non-violence. This is done through the illumination of truth over this space. Gandhi’s satyagraha melded the spirituality (quest of truth) with the secular reality of political solutions. Here again, truth assumes the role of ultimate arbiter. This was Gandhism in praxis. It is what you must choose, even if you cannot see the humanity in the divinity of his idol.

I wrote this article as a follow up to an article that I wrote about Gandhi,which you can find in my archives. Other aspects of Gandhian philosophy will be discussed in further instalments. Please leave comments. Thank you.